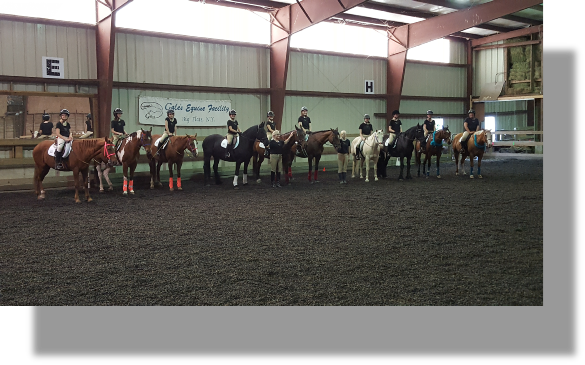 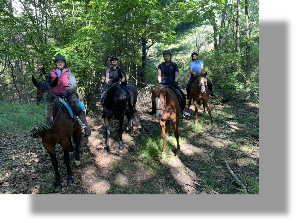 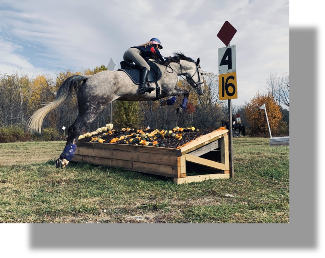 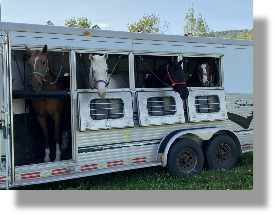 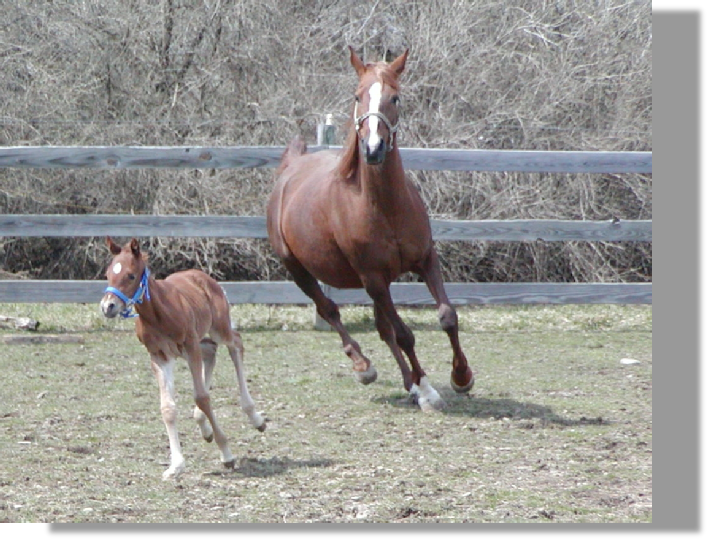 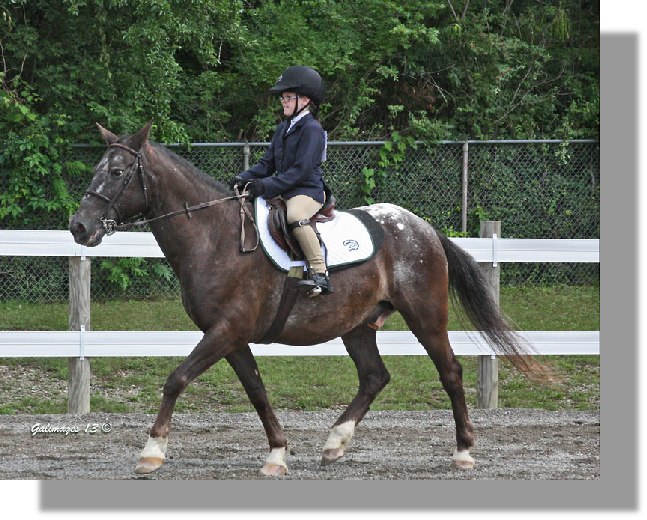 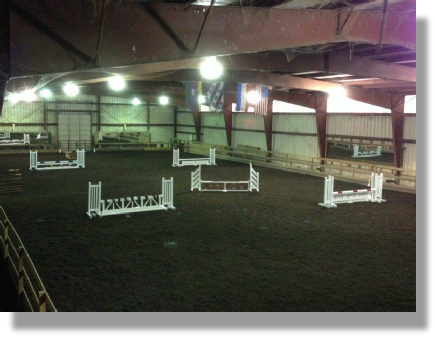 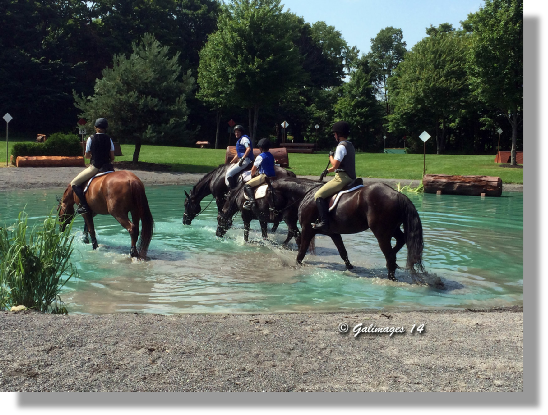 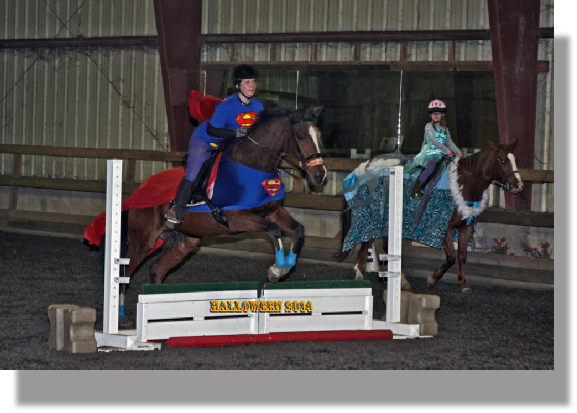 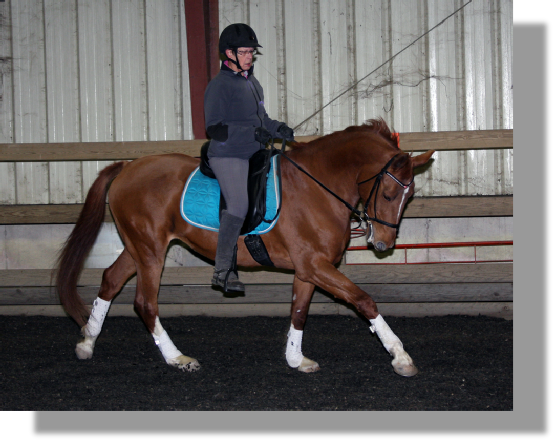 Stay up to date with happenings at Gale’s by “LIKING” our page on FACEBOOK.

Below is a series of photo galleries showing activities and events for Gale’s Equine Facility.  To see the full galleries, you’ll need Flash Player on your viewing device.  Sorry iPhone and iPad users.

We have new jumps!!!

With the help of donations from many of the Gale’s Clients, Friends and Family, we were able to purchase a complete new jump course for our indoor arena.  These jumps are made of durable PVC made by the company, “JUMPVC” from Jackson, Missouri.  Click on their name to learn more about this jump manufacturing company.

Our Halloween Ridecital for 2014 offered some real creative costumes.

The photos are of Miek riding Tequila for the first time at Gale’s.

Tequila was imported from the Netherlands in October 2014.

Gale will be training with this wonderful mare, preparing for showing at the FEI Levels of Dressage

You can see the video of their dressage test by clicking 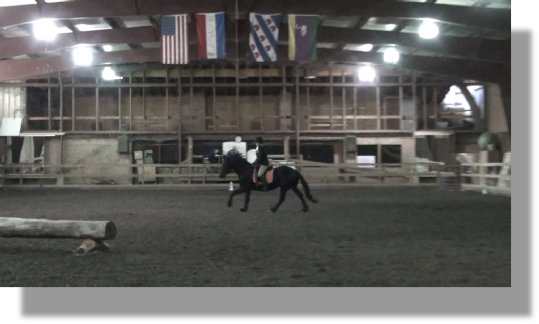 Some of our students compete in the Interscholastic Equestrian Association horse shows during the winter.

Mia Perry is ranked in first place in her division, in the Hunt Seat Equitation on the Flat.

The divisions are divided up by the age/school-year of the riders.

So, we are very proud of our riders from Gale’s competing at IEA shows.  Soon, I believe, there will be Regional competitions to determine who will compete at “Zones”.  Zone winner then go to the National Event to compete against riders from all over the United States.

Send the girls a congratulatory note when you have a chance. 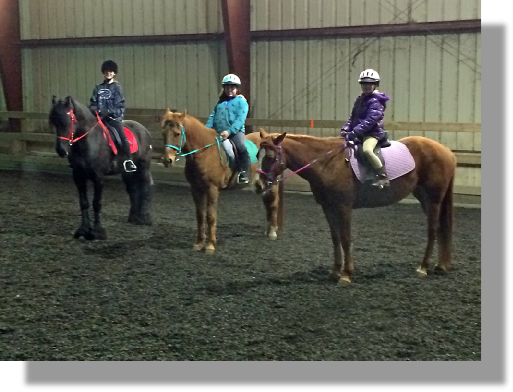 Thank you to all the

who purchased new bridles and saddle pads for the lesson horses.  What fun it is to see our beautiful lesson horses in their matching gear.  In the photo, left to right, is

Alexandra on Austin in teal, 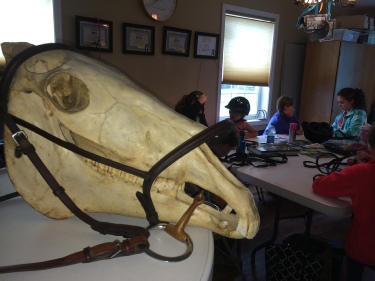 Our 2015 Summer Camps were the BEST.  The first camp,held at the beginning of July, had the campers learning “Quadrille” routines and doing a performance for family and friends.  A video of the finale performance can be seen here: “The Ridecital”

The second camp was programmed to assist the campers to go to, and compete at the Chemung County Fair Horse Show. The campers and their parents had such a great time, that plans are already underway for next year’s “Horse Show Camp”.

Our third camp was a beginner rider half-day camp during which we introduced new riders to the world of horses.

We combined this year with a open hunter show and a dressage “ride-a-test” event.  Lots of photos of this event can be seen here. 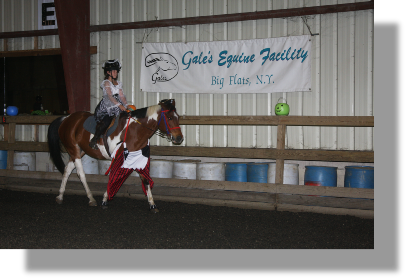 We had three, week-long “day camps” during the summer of 2016.  First Camp was the very popular “Drill Team Camp”.  Second camp was a beginner camp - for absolutely new riders.  Our third camp was the “County Fair Horse Show” Camp.  All camps were filled to capacity and were successfully fun…for sure. 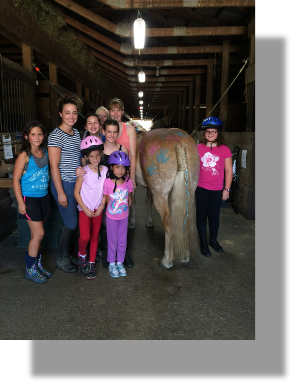 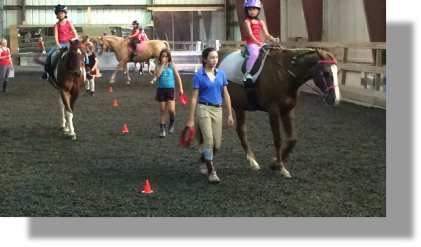 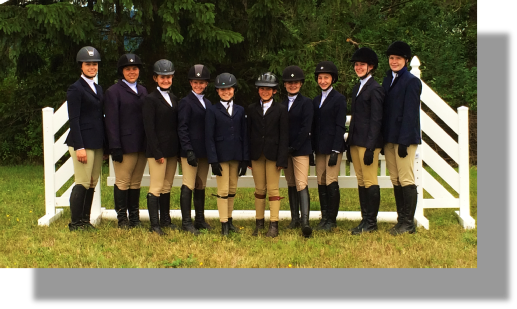 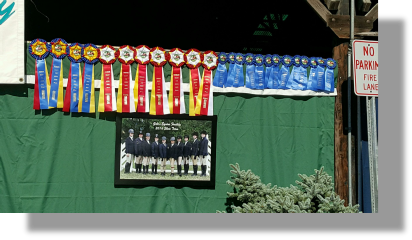 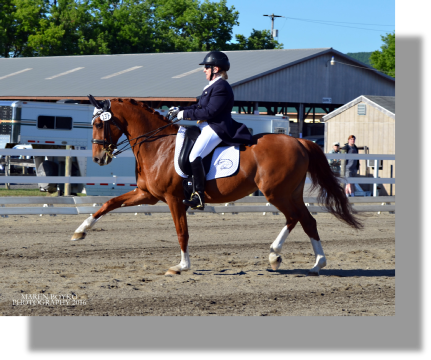 I continued my quest for the USDF Gold Medal, practicing and exhibiting at the Grand Prix Level of Dressage - the highest level.  I exhibited at Houghton College, Cayuga Dressage and at the Commonwealth Dressage Show which was held in Harrisburg, PA.  I am pleased to be improving with each ride and competition.  I am looking forward to the 2017 Show Season, so to learn and improve even more with this marvelous little horse, Tequila Viola. 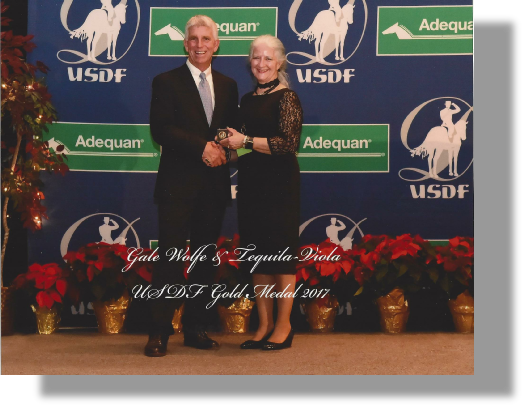 Hard work paid off, and in 2017, Tequila carried me through two Grand Prix tests, for both of which, we were scored above the required 60% and we then were awarded the coveted USDF Gold Medal.  Since the beginning of the USDF, in 1984, less than 1500 Gold Medals have been awarded. 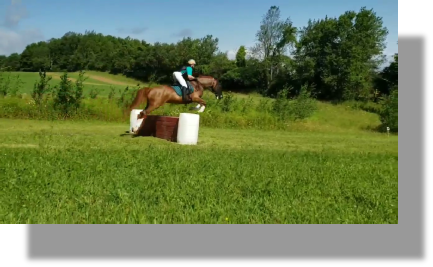 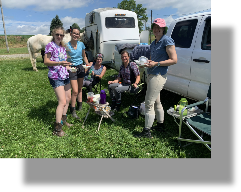 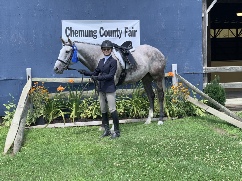 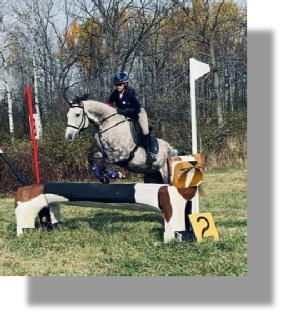 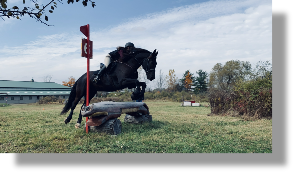 Taking a small break from the show rings of horse shows, riders at Gale’s participated more in trail rides and hunter pace events in our local area.  Much fun and great adventures for our riders and horses.